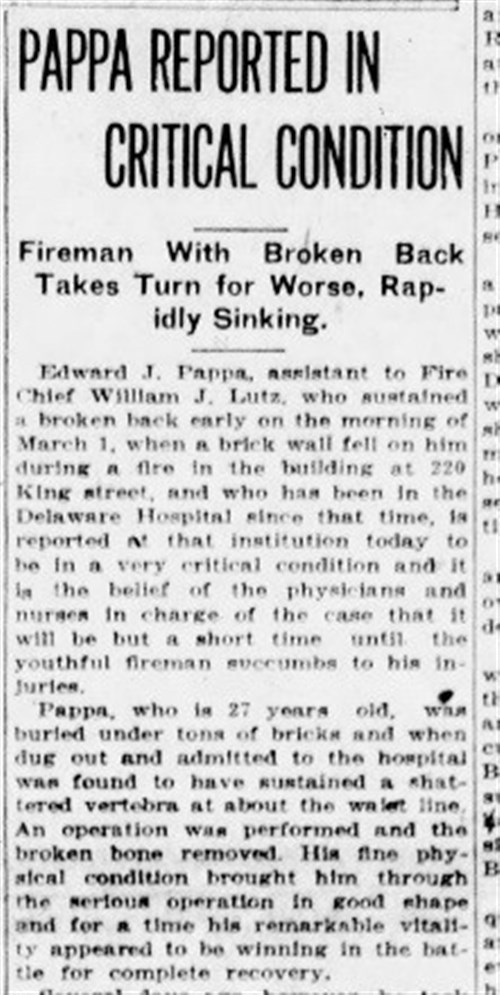 Wilmington Fire Department firefighter Edward R Pappa died on Saturday April 29, 1922 from injuries sustained after a brick wall fell on him while fighting a fire that occurred on the morning of March 1, 1922 at 220 King Street.  Pappa had been suffering in Delaware Hospital since the incident, where his condition had taken a turn for the worse.  Doctors and nurses believe it will not be long before the youthful firemen succumbs to his injuries.  Pappa, 27 years old, was buried under tons of bricks and was dug out and admitted to the hospital with shattered vertebrae about the waist.  Pappa was the first Wilmington Bureau of Fire firefighter to die in the line of duty since the department was created in 1921. 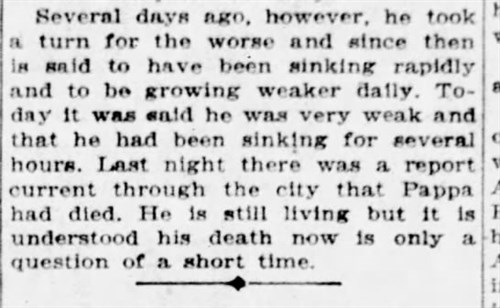 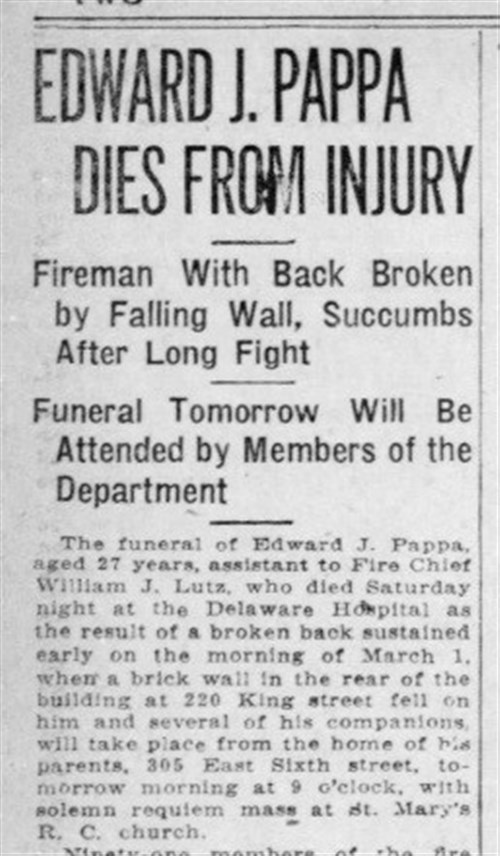 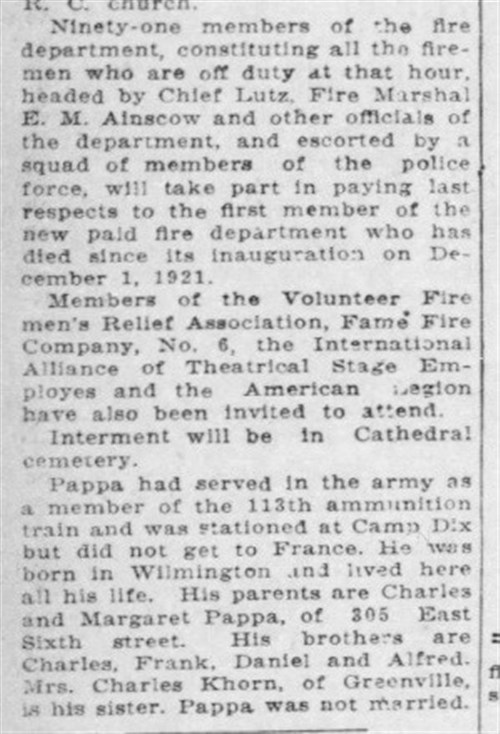