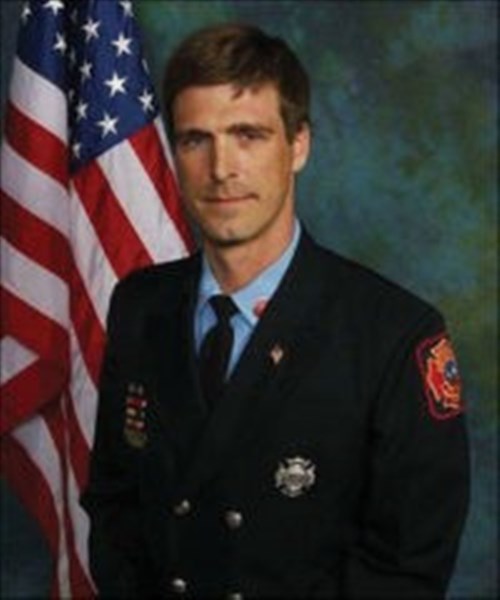 On September 16, 2002, Christopher M. Leach was hired by the City of Wilmington Fire Department and successfully completed the fire academy with the 32nd Recruit Class. Following graduation, he was assigned to Engine 4, B Platoon, where he became qualified to drive Engine 4 after just six months on the job.  In 2005, Chris was transferred to the Special Operations Command on Engine 1B, and in 2006, he was transferred to Heavy Rescue Company 1B, where he took the initiative to research and apply for various monies for rescue training and equipment. Chris served on New Castle County Task Force 1, the local technical rescue team, where he held various positions of leadership.  Chris was 41 years old at the time of his death.