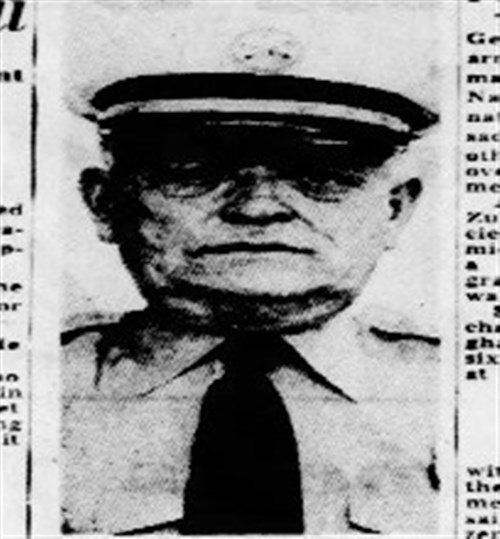 Deputy Chief Michael Joseph Kirlin, Sr collapsed at a fire on E. 6th Street in Wilmington on December 27, 1955.  He was reportedly the last survivor of the old volunteer fire companies that were made part of the Wilmington Fire Department when the city organized the paid department in 1921. He died as a result of a heart attack, which doctors noted was brought on by over-exertion and smoke inhalation.  Survivors include his sons Michael Jr (a WFD firefighter) and William T, daughter Mildred Dolores and his former wife Mrs. Mary R. Thornton.  Deputy Chief Kirlin was President of the Police and Firemen's Holy Name Society and was a member of the Fraternal Order of Firemen.