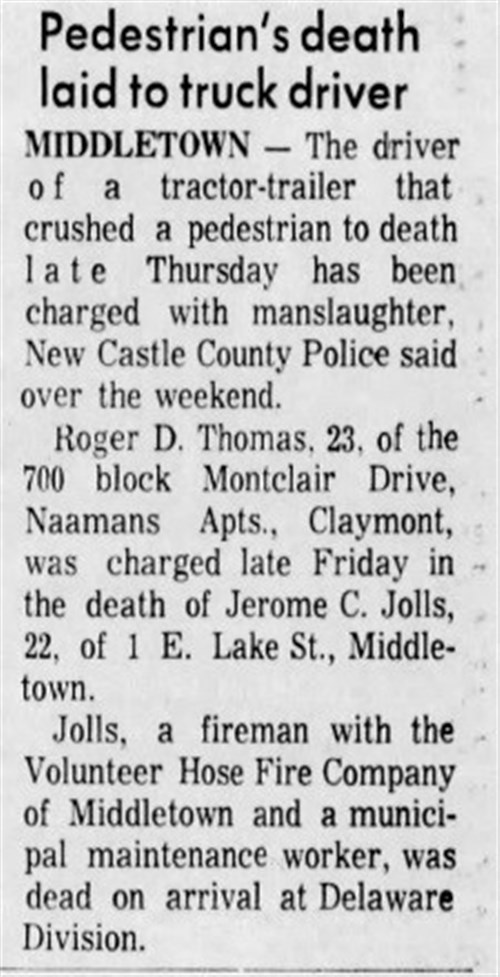 Firefighter Jerome Jolls had just left the meeting of the Volunteer Hose Company and was walking home, when he stopped to talk to his sister. During their conversation a tractor trailer collided head on with a car at the intersection of Route 896 and Route 299.  The tractor trailer veered onto the sidewalk, where Jolls, in the ultimate act of heroism and valor, pushed his sister out of the way of the rig, unselfishly sacrificing himself to save his sister's life.  He suffered multiple injuries and died at the Delaware Division in Wilmington shortly after midnight on March 7, 1974.  Jerome C Jolls was survived by his mother Helen and sister Mrs. James Hughes. 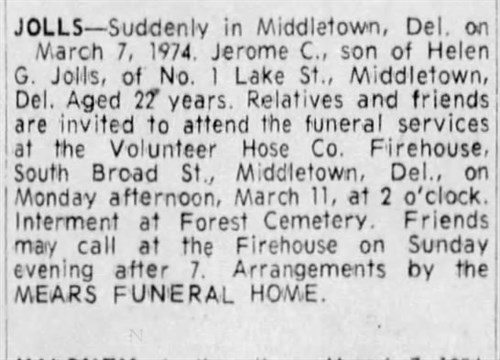