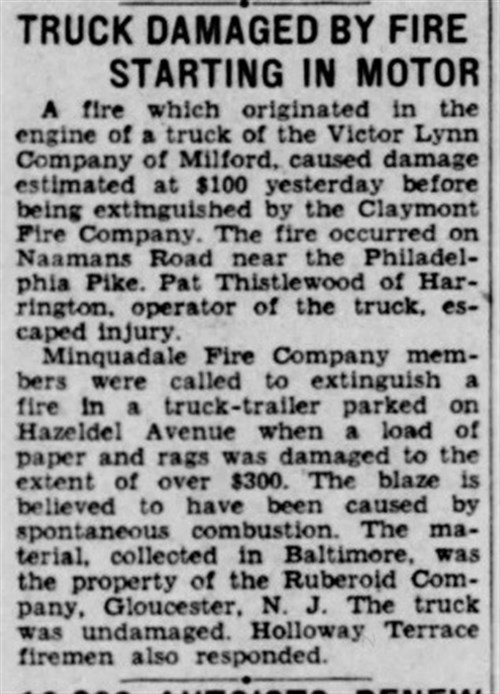 John J. Wilhelm, Sr. died in the line of duty on April 24, 1944 as a result of injuries he sustained fighting a truck fire on April 6th.  He was 58 years old and passed away at the Delaware Hospital.  He was a machinist and was employed at the DuPont Shops.  Survivors were his wife Mrs. Dorothy T. Wilhelm of Minquadale, son John J. Wilhelm, Jr. of Holloway Terrace, a brother, three sisters and his grandson Donald E. Wilhelm. 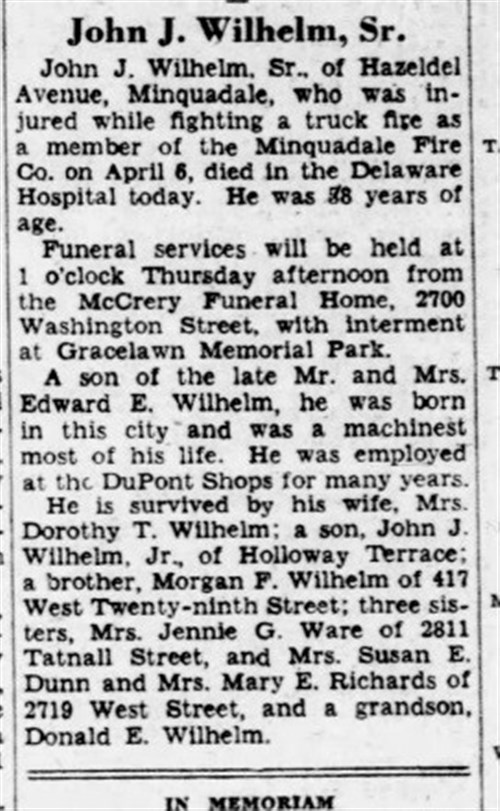 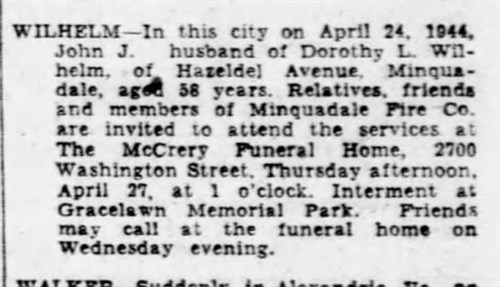