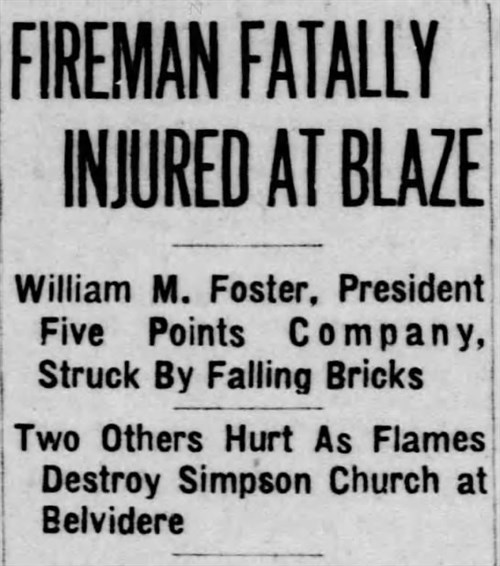 On Friday April 3, 1931, thirty or more members of the Five Points Fire Company gathered in the community hall for the monthly meeting.  For the first time in company history, the voice of the presiding officer was not heard.  After a brief silence, Fire Chief John N Jordin arose and offered a prayer in memory of William M Foster, the president, who died in a fire a church in Belvedere that morning.  He was killed when he was struck by bricks from the falling chimney of the Simpson Church.  President Foster, 53 or 58 (both ages are reported in the newspaper), was a member of the Eureka Council #1, Junior OUAM, Brandywine Commandery, Knights of Malta, Brotherhood of Railroad Trainmen, the Order of Railroad Conductors and the Five Points Fire Company and Five Points Civic Association.  He was a Navy veteran of the Spanish-American War.  He was survived by his wife, Mary M Foster. 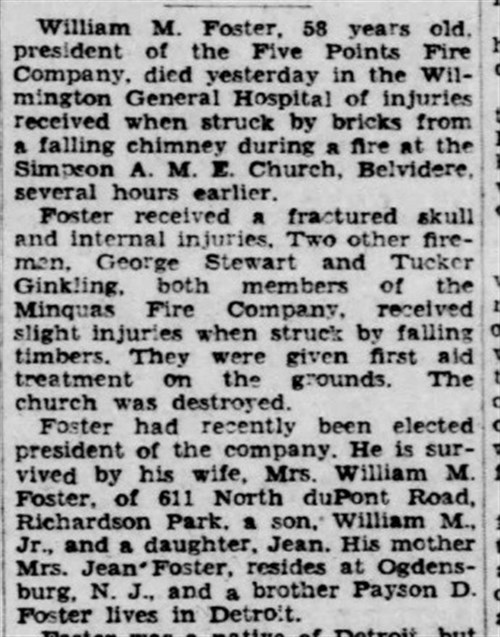 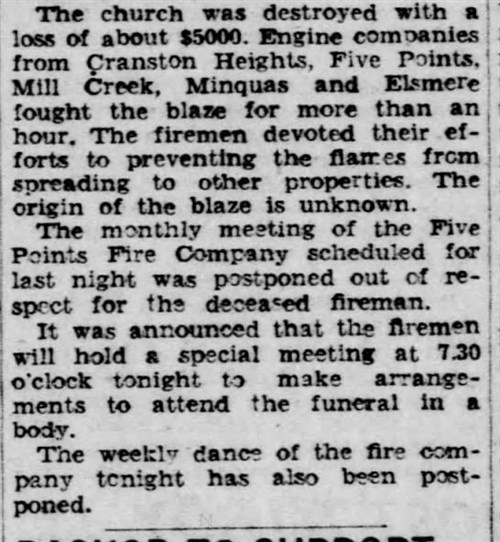 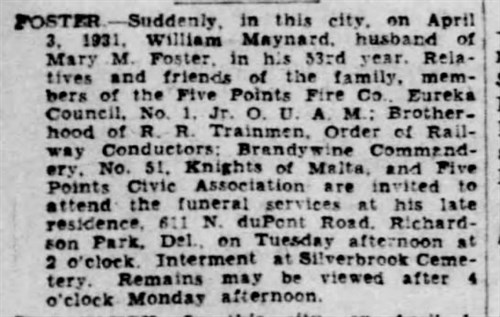