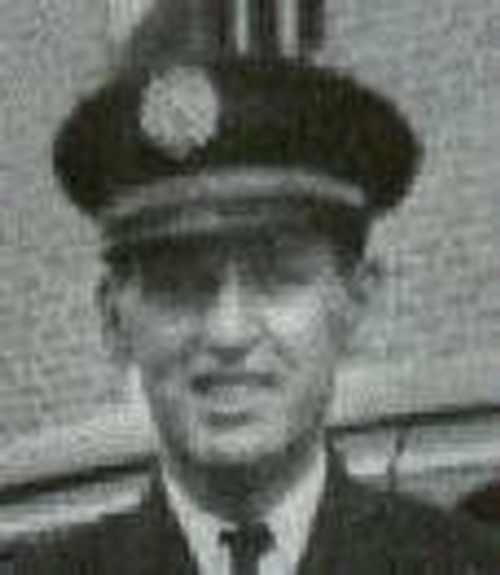 Fred was a member of the Holloway Terrace Volunteer Fire Company, No. 1. -.

Fred Brown was employed by the Union News Company and as a Parking Meter Receipt Collector for the City of Wilmington. Later in his life and at the time of his death, he was the acting Sergeant of Arms for the Delaware State Senate. He was elected to the Wilmington City Council in 1933 and served there for almost 20 years. He was also elected to the State of Delaware House of Representatives twice, in 1938 and 1946. He was a member of the Minquadale & Holloway Terrace Volunteer Fire Companies. Fred Brown served as President of the New Castle County Firemen's Association and President of the Delmarva Volunteer Firemen's Association and in 1963 he was elected as the President of the American Association of Firemen. He was known as the most extensive collector of fire memorabilia in Delaware and responsible for a vast exhibit of firefighting trinkets and firemen’s equipment at the Delaware State Museum. He was so active in every aspect of the Delaware Fire Service that he was called “Mr. Volunteer Fireman”. He was a member of the Eureka Lodge #23, the Consistory, Nur Temple of the Shriners, the Elks Lodge, B’nai B’rith and was elected to the Delaware Volunteer Firefighter's Association Hall of Fame. He was survived by his wife, Josephine C Brown and a sister Mrs. Herman Ziskin. Fred Brown was 69 years of age and was laid to rest in the Jewish Community Cemetery Wilmington, Delaware.